← back to
SLUG WIFE
Get fresh music recommendations delivered to your inbox every Friday.
We've updated our Terms of Use. You can review the changes here. 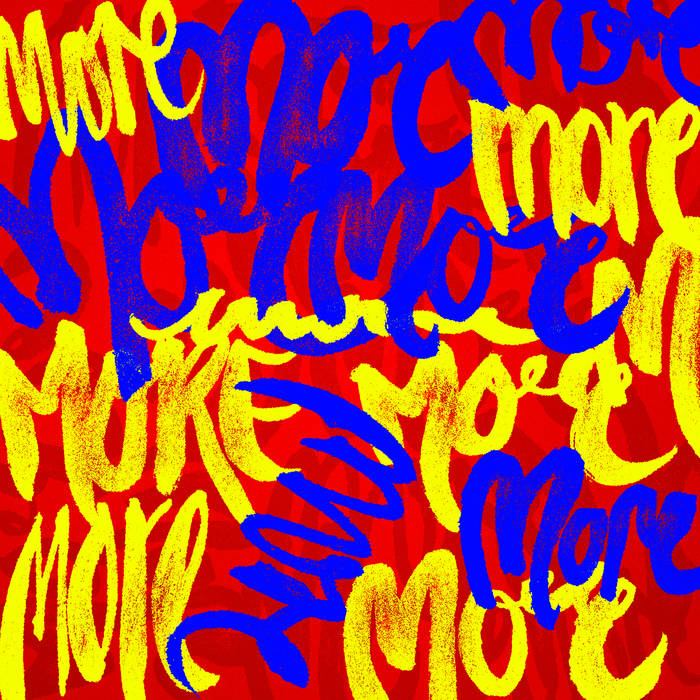 Christian Sheppard The fun never ends with this one. Favorite track: Chrome.

klab This is the evolution of Trip hop mixed with outstanding sound design, composition and MOOOORE BASS! doep work Seppa.

We’re very happy to present Seppa’s debut album, ‘More’. After a string of iconic EPs and collaborations he has put together a selection of tracks representing the broad scope of his sound. ‘More’ takes you on a journey from the darkest atmospheres and dance floor destroyers to jazz inflected hip hop grooves. It’s sure to be at the top of our playlist for a long time to come!

Check out the preview on Soundcloud: soundcloud.com/slugwife/seppa-more

Everything was fucked. The streets riddled with cracks and holes, lights sputtering on and off, unidentified liquids oozing out of long defunct air-conditioning units. Everything was fucked, but not for Mac. He was lingering outside a particularly shady café, slowly sipping a coffee that had more in common with the greasy puddles on the street than it really should. Nothing was really what it should be anymore; the infrastructure of Slüg Silo-7b had almost completely disintegrated to the point where everything was supplied through the black market one way or another. This was terrible for the good and upstanding GasPods who still had morals, ethics, and a conscience of some sort. For Slugs like Mac, it was the perfect situation. He mused on how far he’d come: a small-time salt-pusher who built his empire to a point where there was little competition (in this district anyway) and continued to expand his business interests into pretty much anything people desperately needed and couldn’t find. There is nothing like desperation to make a quick buck.

He took the last gulp of his coffee and threw the empty cup in a corner, adding one more microbe of waste to a festering petri dish of trash. He had an appointment to get to. He best head back to HQ. That was a strange thought after years of an essentially nomadic existence, holing up in whatever abandoned space he could find until the salt heads took over or when he found a better option. It was good to be a moving target, but once you’d gathered some notoriety and a healthy selection of meatheads to guard your stock it was about time to set up shop more permanently. Slimy undulations of his body-length foot propelled him down the street, leaving a glistening trail of mucus behind him. It made it somewhat difficult to be ‘sneaky’—if someone was following him, they could lag well behind and easily pick up the trail, but Mac was basically untouchable these days. A combination of his hard-nosed business approach and a borderline psychopathic taste for violence had meant that crowds would part in front of him like the Red Sea. However, the streets were almost empty tonight bar a few overly intoxicated individuals who were wallowing in piles of trash gurgling to themselves.

He eventually approached a reassuringly weighty albeit beaten up metal door tucked away down a dark alleyway. It looked like a nowhere-place, a dead-end, but Mac knew the eight infrared cameras positioned along its length were constantly being observed. Sure enough, as he reached the threshold, the door swung open with nothing more than a hiss—an indication that the door was well maintained and in constant use despite its battered and unassuming outward appearance. The room he entered was dimly-lit and designed to function simply as an air-lock; a last opportunity to repel unwanted guests before accessing the main part of the building. A second door at the back swung open to reveal a much grander space, barely furnished. Inside the entrance stood a grizzled and scarred member of his entourage; one of those GasPods who was blessed with great muscle mass and few brain cells. Mac gave him a nod and slithered towards the far end of the room where there sat a large chair adorned with sputtering candles and rusted bits of metal. He figured that if he was setting himself up he might as well get a throne in the bargain. In reality it looked like a memorial to tetanus, but it gave off an air of importance to whoever visited him and he took joy from being able to conduct more high profile business on his own turf.

He settled into the throne, secreting a bit of extra slime to protect himself from sharp edges. He’d been trying to set this meeting up for a while. Business had been going well, but he wanted more. He always wanted more, that was the secret to his and pretty much anyone else’s success. His guest was able to make this happen. The armoured door to the throne room swung open and in slid a GasPod in an old but expensively tailored suit. He didn’t carry himself like the locals who exuded an aura of defeated anxiety. He stood straight and looked directly in the eye of every slug in the room with a confidence that signified his influential position on this broken planet.

Projecting his rusted voice across the echoing room, he said, “Hello Mac, I’ve been looking forward to meet you for some time. I’m glad we could make the correct arrangements.”

Mac grinned, the flickering lights bouncing of his golden denticle.

“Dr Zee, I’m glad we could work something out,” Mac rumbled. “I assume you are familiar with my work, and I suppose that you’re well aware why you’re here. I want more, and I think you’re the guy to give it to me.”

The enigmatic kingpin of Gastropodia Prime held his gaze for a few moments, unflinching, the glimmer of a smile at the edges of his mouth. Smacking his lips he said, “Well, nobody gets anything for free. Let’s get down to business.”